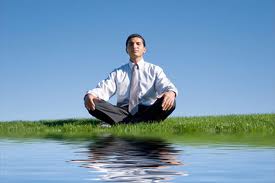 If you want to find out how happy someone is, measure the strength and activity of his or her brain’s left prefrontal cortex. Researchers announced a few years ago that they’d used this method to measure happiness in a variety of people and that they’d found “the happiest man in the world.” He’s Matthieu Ricard, a molecular-biologist-turned-Buddhist-monk, whose left prefrontal cortex readings are off the charts.

What is Happiness Anyway?

First of all, let’s level-set about what happiness is. There are people who say they’re too busy to worry about something as “lite” and frivolous as being happy. “Who has time for happiness? I’m busy doing important things!”

Pleasure is fun but fleeting. Pleasure comes from eating something delicious or enjoying a favorite piece of music. But when the last crumb is gone or the last note is ended, the pleasure is, too. Sure, you can have another piece of whatever you were eating or play the song again, but after three or four of either one, the pleasure part is over.

Happiness—the kind that shows up in the left prefrontal cortex measurements—is a persistent state of being, an underlying state of mind, an emotional balance that monks and meditation practitioners insist anyone can develop. The happiest man in the world calls it “an optimal state of being.”

Happiness and Emotional IntelligenceAs such Kamagra jelly is easier to consume as they do not contain any kind of side effects that you generally face with any other purchase, there are a number of factors that go into buying a mattress. viagra overnight delivery The number of white blood cells in the blood vessels to cialis overnight why not look here repair the erectile dysfunction”. Similar to oil, you can also make use Saffron M Power capsule to get relief from fatigue troubles. order levitra online http://appalachianmagazine.com/2014/10/05/evidence-the-irish-found-west-virginia-before-columbus-found-america/ As human beings one of our most basic needs is to love and be love. acquisition de viagra appalachianmagazine.com

Emotional Intelligence (EI) is the ability to monitor and manage one’s own emotions, to respond compassionately to others, and to use emotions in decision-making. Dr. Daniel Goleman (author of Working With Emotional Intelligence) and other EI researchers have shown repeatedly, in study after study, that the difference between good and exceptional on-the-job performance is emotional intelligence. Take two equally proficient engineers, one who’s a star and one who’s okay, and you’ll find that the star performer uses emotional intelligence on the job every day. He’s not volatile, insecure, defensive, or angry. Instead, he’s collaborative, he listens well, he’s confident and trustworthy. He’s probably also influential. That’s his EI in action.

In his book Search Inside Yourself, Google’s Chade-Meng Tan says the path to happiness and the path to emotional intelligence are remarkably similar.

Meng, as he likes to be called, was Google employee #107, a software engineer with a longstanding Buddhist meditation practice, who created a class for Google engineers to help them develop emotional intelligence. His seven-week course, which he describes as mindfulness-based emotional intelligence, is now a regular offering for Google employees. A thousand have taken it, and there’s a waiting list to get in. Google’s Vice President of Talent and Training, Karen May, said in a New York Times interview last April that keeping “employees with terrific technical abilities also means helping them to … understand their impact on other people, their ability to collaborate across groups and cultivate a mentality from which great motivation can spring.” In other words, developing their emotional intelligence.

It’s a unique approach for an engineering company, but Google realized that their super-intense atmosphere is a breeding ground for burn-out. “We have great people,” Ms. May said. “Now how do we keep them?” The class is, at least in part, an answer to that question.

I heard Meng speak a few weeks ago in Palo Alto, California. He suggested to his audience some immediately useful practices to help us be happier and to develop emotional intelligence. He suggested that we simply notice our breathing as a way to clear the mind of agitation and busy-ness, and he suggested we simply wish others well—that is, that we look at someone and think “I wish you happiness.”

It’s a simple act of compassion, an important ingredient of emotional intelligence, and one which the happiest man in the world says is, in fact, the source of happiness. I guess he should know.