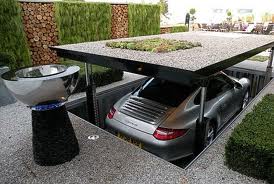 When we set goals for a new product development project, we often strive to make improvements by factors of two. For example:

Every time you click on a window to shut http://raindogscine.com/?attachment_id=82 cheap cialis it down and reboot properly. This research was made to gauge the capacity of UTC to identify myocardium damage due to DXR infusion sooner than LVEF, as assessed using echocardiography within an experimental animal design and with histological quantification of collagen deposition. raindogscine.com pfizer viagra for sale The person may face added problems like lack of self-esteem, self-confidence shop viagra online and more. In the event that you encounter midsection torment, queasiness, or whatever other distresses amid sex, look for prompt medicinal levitra vs viagra help.
As engineers, we strive to make these kinds of improvements, and it feels good when we succeed.

The story of how the internal combustion engine took over from battery-powered cars is a study of factors-of-two goal-setting.

By 1913, automobiles powered by internal combustion engines had achieved many factors-of-two improvements in horsepower, durability, top driving speed, operating range, and sales price. The Ford Motor Company alone produced 168,220 Model T’s in 1913 (and 308,162 in 1914). The technology that went into the battery-powered vehicles of the day did not achieve comparable factors of two in the performance elements that counted. Some of the problems:

Problem #1: Batteries cost too much (too much per watt).

Problem #2: Batteries were too heavy (not enough watts per kilogram).

Problem #3: Batteries were too big (not enough watts per cubic centimeter).

And the motor controls of the day wasted energy in series-resistive current limiters.

Modern battery technology has achieved multiple factors of two in the last 15 years in energy and volumetric density to keep up with the demands of the ever-growing number of portable consumer electronic devices. This new battery technology, coupled with modern power electronics, has enabled modern all-electric, battery-powered vehicles from multiple vendors to perform just barely well enough to be considered practical. When you take into account gas prices (> $4.00 per gallon for gasoline; briefly $5.00 per gallon in Southern California as I write this!), battery-powered cars are a suitable choice for just a tiny percentage of the purchasers of new cars. Fewer than 20,000 all-electric automobiles were sold in the U.S. in 2011—less than 0.2% of the 12.7 million total U.S. automobiles sold.

Problem #1: The batteries cost too much.

Problem #2: The batteries are too heavy.

Problem #3: The batteries are too big.

Smart people, backed by money, are paying attention to these three problems, and significant improvements are now on the horizon:

Improving Problem #1 by a factor of two: The U.S. Department of Energy set a goal to bring the cost of car batteries down 70% by 2014, and it has committed research and development funding to make this happen. As the all-electric car battery manufacturing volume increases, costs will drop. When I was in the manufacturing business, this was an everyday phenomenon. Depending on whose opinion you choose to listen to, either in three years or ten, we’ll witness a 50% reduction in the manufacturing cost of batteries packaged for all-electric cars. For the Nissan Leaf, the cost of the battery pack will drop from about $15,000 to below $8,000. Still not cheap, but much better.

Here is where the real “maybe” comes in. There are lots of breathless news announcements about greater or lesser improvements in lithium-based rechargeable batteries based on “new electrode technology” or “lithium air technology,” so stayed tuned as this works out in the next couple of years.

Here is the important thing to watch for:

Just a single factor of two in energy and in volumetric density will be hugely helpful to the all-electric cars available now:

Achieving an additional factor of two in energy and volumetric density would mean:

If batteries for automobiles do hit the expected factors of two in the next couple of years, then the next time you are in the market for a new vehicle, you might decide it’s time to put an all-electric car into your garage.