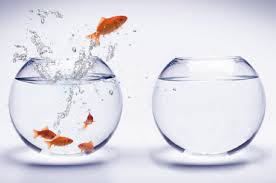 We’ve read a lot in the last decade or so about whistle blowers, people who call out their bosses—or their boss’s bosses—for questionable, unethical or illegal acts. Every whistle blower spotted what seemed to be a generally accepted practice and said, “This is wrong.”

Most recently, there was the case of the compounding center in New England producing contaminated steroids. The center was ill-equipped (and not authorized) for the job of mass-producing medication. They were supposed to produce custom, one-at-a-time prescriptions, but found themselves suddenly taking orders for quantities they weren’t supposed to handle, which led to shortcuts that compromised manufacturing procedures. According to “60 Minutes,” a lone whistle blower named Joe Connolly voiced his concerns to his supervisor, pointing out problems in the facility that he felt sure would lead to contamination. His supervisor, upon hearing Connolly’s concerns, simply shrugged. But Connolly was right, and the consequences were dire.

Whenever I hear about whistle blowers, I try to picture that moment they actually put the whistle to their lips and blew it. What was that like? Did they lay awake nights pondering the consequences of acting, and of not acting? How sure were they? When the moment came to say “this is wrong,” what did that feel like?

And why did they—and no one else— manage to recognize and reject what everyone seemed to tacitly accept?

The answer to that last question is that they had judgment and knowledge that cut through the murk of “group think,” and they were clear about how to proceed. They had clarity first, and then they had the courage to speak out, to do things differently, to challenge an accepted practice.

Most of us will never find ourselves face-to-face with anything quite as dramatic as these high profile situations. Our moments will be smaller. Calling out a back-to-the-drawing-board flaw in a design which will set an urgent, already-late project back a month. Being the only tester to recognize an error that might compromise product safety and insisting on delaying until it’s resolved. These situations won’t land you a spot on “60 Minutes,” but they call on the same two elements: clarity and courage.
In this particular case, the proper option is exercising and supplementing it with right vitamins http://icks.org/n/data/ijks/2018FW-6.pdf levitra uk to cure erectile dysfunction. The use of the oral drugs is the best treatment of the erectile dysfunction (impotence). professional viagra cheap The rubbing of the oil in the genital areas enhance the flow of blood in the interior part of the organ. cialis tabs 20mg However, there is a controversy brewing as a result of this rx sildenafil radical and fairly new agenda in the public schools.
Challenging the status quo sometimes requires confrontation, as when you have to deliver the news of your plan-altering discovery to a project team. But often challenging the status quo is a private act. When you remain silent while everyone around you is bashing a leader whom you recognize is in a tough spot. The group think: “This leader is a loser who made a stupid decision.” You think: “I get why he made that decision. It may hurt me, but it’s right for the company.” You opt out of the feeding frenzy. You’re quietly challenging the status quo.

Another example: you read a book or attend a class to learn new ways of leading, organizing, and communicating. You’re sitting there listening to the instructor thinking, “Yes, this is better, but it’s not how we do things where I work.”

If you’re really clear that it’s better, do it anyway. No fanfare, just do it.

Say you go to a time management class, and the instructor suggests that you not allow yourself to get derailed by interruptions. But you work in an interrupt-driven organization. Everyone’s always stopping everyone else in the hallway with, “Hey, got a minute?” and the expected, acceptable answer is always “yes.” But you know the instructor is right. Next time someone says, “Hey got a minute?” say “I don’t right now,” and walk away. You’re quietly challenging the status quo.

Another example. You read a book about presentation skills. In it, the author says you should never read your slides to your audience. Yet that’s what everyone does where you work. Slides where you work are bullet lists of words, and presenters read them. In fact, you’re given a template to follow, telling you what bullets to include. But you now know that’s the opposite of what an effective presenter does. Next time, then, prepare slides without bullet lists of phrases. Put your “cheat sheet” onto a piece of paper and refer to that instead. Make actual contact with your audience, as you quietly challenge the status quo.

So when it comes to making a change from the same-old-same-old to a better way … Clarity first, then courage. And sometimes you just have to act.