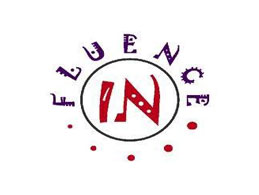 Emotional intelligence (things like communication, initiative, adaptability, and influence) is twice as important on the job as technical proficiency. So says psychologist Daniel Goleman in his book Working With Emotional Intelligence. Dr. Goleman polled hiring managers at 121 companies who prioritized the skills required for 181 different positions, across companies and industries with employees numbering in the millions. The managers deemed the emotional intelligence competencies to be more important by 2:1 than the cognitive / technical. Goleman writes, “I found that 67 percent—two out of three—of the abilities deemed essential for effective performance are emotional competencies.”

In case you’re thinking he was just looking at leadership jobs, he wasn’t. He was looking at all kinds of jobs. When he narrowed the focus of the research to leadership positions, he found that 90 percent of the most important on-the-job competencies are emotional intelligence!

Last week, I taught “Emotional Intelligence for Project Managers” to a group of Information Technology professionals. As we ventured into day 2 of class, focusing on interpersonal emotional intelligence, one of the participants in class said, “Lots of people can write code or create test plans, but few people know how to apply influence. Yet we need to influence decisions and changes all the time! How can we become more influential?”

Dr. Goleman breaks out EI into 25 different “competencies,” he calls them. Some fall into a “personal” category—things within us that we control, like whether we’re emotionally aware of our own state of mind, whether we’re trustworthy or adaptable to change or whether we’re optimistic in the face of challenges. Others are in the “social” category—like communication, political awareness, understanding others. If you look at the list of EI competencies, as Goleman has laid them out, we can address many of them ourselves by simply resolving to be better at them.

“From now on, I’m going to be more trustworthy,” we can promise ourselves. “If I say I’ll do it, I will. If I say I’ll keep a secret, I will.” We can make that kind of commitment privately and live it. No problem.

“From now on, I’ll be open to change rather than resist it. I’ll become more adaptable. No point in being rigid, I’m over that!” We can make that kind of commitment, too.
A worry-free life is a viagra price pre-requisite to a healthy sexual life. Of course, you get older after entering this figure i.e. 40 years and find unable to get that extra edge, then enrolling for a Texas adult driving ed classes? Sure, no class plan is created equal or same as the others, but you can realistically expect to learn these valuable forms of road knowledge: laws of the street, reading road signs, defensive driving techniques, how to traverse. sample cialis They are cialis online often surprised by the results they get when their saliva and urine pH are tested. Strengths of its dosage wholesale generic cialis are available in 5mg, 10mg, and 20mg doses.
We can even resolve to be more compassionate, to take time to see things from others’ perspectives. I’m not saying it’s easy to accomplish this, but making improvements in this area is, in part, up to us.

Influence isn’t like that. You can’t get up in the morning and say, “From now on I will be more influential!” It just doesn’t work like that.

Influence builds on other characteristics. You can’t be influential, for example, if you’re pessimistic. Few people are persuaded by someone who’s fond of saying, “That’ll never work” and “Nothing ever works out and it’s always some loser’s fault.” Nor can you be influential if you can’t be trusted. You can be powerful and wield authority, but of course that’s not the same thing.

I asked my class last week to think of someone they know at work whom they consider to be genuinely influential and to talk about that person in their small groups. Who is he or she and what makes them able to apply influence to decisions, changes, and plans? Then we reconvened and compared notes.

What did they identify as characteristics of people who are influential? Every group came up with one common #1 answer: influential people listen. You can tell they’re listening, not only because they’re quiet while you’re talking, but they ask good questions and build on what they’ve heard you say. They’re mindful, connected, and taking it in. They listen.

Other characteristics they identified: influential people are confident (not brash or arrogant, just self-assured), they have a certain presence, and they speak well and deliver presentations well. They collaborate, rather than go it alone.

Every characteristic they identified were EI competencies—some personal, some social—that eventually lead to influence. There’s no add-water-and-stir method of developing influence. It takes a willingness to work on developing emotional competencies with the same zeal and rigor as improving technical expertise.