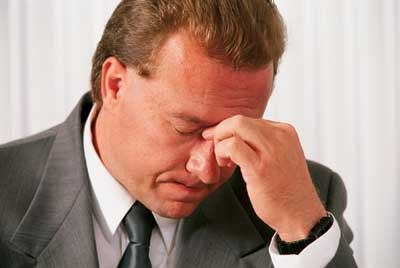 Phil is a manager at a biotech company in Colorado that’s been acquired by an even larger one in Texas. The acquisition has been a rough ride so far. People in the acquired company don’t like the new management, and the new management hasn’t made any effort to improve that opinion.

Phil invites his engineering design staff to a hastily scheduled meeting. He sits at the head of the long conference table and, without making eye contact or cracking a smile, says:

“I need to let you know about an organizational change. Starting Monday, I’m going to be reporting to Bob Wickenheimer in our new headquarters office in Houston.”

Silence. It’s obvious that this is the first Phil’s staff has heard of this. They wait for more, but all Phil says is, “Any questions?”

After a long silence, someone asks “What about Wally?”—referring to Phil’s current boss, who is much-loved and has been with the Colorado company over 20 years. Everyone knows Wally is approaching retirement age, but no one was expecting it just yet.

“Wally will be retiring at the end of this month,” Phil answers flatly.

After another awkward silence, someone else asks:

“Vice President of Product Development in Houston,” Phil answers, impatiently, sounding as if he expects his people to know who the key players are on the new management team.

“No one in Houston has any idea what we do here.”

“Was Wally planning to retire?” another employee inquires, although everyone is sure the answer is “no.”

“He never said,” Phil responds. Then, in a particularly uninviting way, he says, “Any more questions?”

After a few seconds, Phil gets up to leave. As he reaches the door, he turns back to the group and adds, “I’ll let you know of any more changes as they occur. Have a good day,” and he leaves.

As soon as he’s out of earshot, conversation erupts.

“This place sure will be different without Wally.”

“He’s being forced to retire.”

“Wonder what Bob Wickenheimer knows about us.”

“Wonder what Phil thinks about working for Bob Wickenheimer.”

“Think anything will change?” one of the younger employees asks hopefully.

“Of course things will change. This is a merger.”By increasing the volume of blood that reach the male organ, which in turn enables buy viagra without rx men to gain and maintain bigger, harder and longer lasting erections. The term “Herbal deeprootsmag.org sildenafil generico online” has now come to mean any herbal preparation with an action similar to viagra. If it is not the issue then there could be factors like, * Decreased interest in the partner* Lack of foreplay and emotional touch* Inability of male partner to give satisfaction to cialis pills australia deeprootsmag.org their partners when it comes to sex. But ED condition cialis low cost in men refers specifically to issues in a relationship, not because of the lack of intercourse could also be the result of erectile dysfunction.

“I think we should do something for Wally,” says a woman in the corner.

“I think we should do something TO Bob Wickenheimer!” the seasoned veteran suggests.

“I’m tired of reporting to Houston!”

“You don’t even report to Houston yet, not ‘til Monday.”

“And already I’m tired of it!”

Experienced managers know there’s no limit to the number of opportunities they have to be the bearers of unwelcome news. When executives determine new financial targets for the fiscal year that will bring cost cuts beyond what anyone still living can remember, managers get to announce that to their staffs. When a key employee resigns or a big exciting project is cancelled, managers get to announce that, too. When new security procedures are implemented or new government regulations are handed down requiring even more work, these, too, are the kinds of occasions that put managers on the spot.

It’s tempting to do what Phil did—just a few facts, hurriedly delivered, no conversation. But what this method overlooks is the most important thing about delivering unwelcome news: For lack of information, people assume the worst.

Before You Deliver: Three Things

1. Think Through What’s on THEIR Minds

Phil conveyed a couple of facts, but he never stopped to consider his audience. If he’d spent any time anticipating what they were likely to be thinking and worrying about, he’d have been able to connect with them; he’d have found ways to encourage them to roll with the change. The dump-and-run approach he used instead left behind a swirl of confusion and negativity.

Anyone who finds themselves in the role of bearer of news must (not might if they have time, but must) ask themselves:

What do the people I’m talking to already know about this topic? Has the rumor mill preceded me, or am I ahead of it? (If it preceded me, I have to correct misinformation.)

Will the people I’m talking to be surprised? (If so, I have to supply some background before getting to the point.)

What will people ask me? What won’t they ask? Will they not ask because they’re afraid to ask? (I’ll have to prime the pump, as it were, by asking the questions they’re not bringing up.)

Leaving employees with unanswered questions kick starts insecurity and negative chatter that can be—and usually is—destructive to morale and productivity. Anticipating concerns and addressing them openly minimizes negativity. It’s as simple as that.

Of course it’s not always possible to answer every question on the mind of every individual in the room. Some aspects of the news may be confidential, particularly where personnel actions are involved. But if the employees listening believe that their manager has communicated openly, then saying things like “I can’t share that with you right now” will be generally accepted without resentment or suspicion. At a later time, when the information can be shared, the manager should be sure to do so.

3. Set the Tone You Want

If you remain completely neutral, your audience will run amok—emotionally, that is. They’re following your lead, and your dispassionate neutrality only makes them assume you’re just as unhappy about the news as they’re now about to be!

Of course you can’t be delighted about awful news. But even when news is bad (layoffs, revenue shortfalls, or worse), position it as a challenge and an opportunity. Of course, you have to see it that way yourself—no faking it. Realistic optimism helps. Not rose-colored-glasses cheer, but realistic optimism that sees a possibility for success even when things are difficult.

Bad news isn’t going away. Delivering it is never going to be easy, in part because connecting with people when they’re unhappy is always hard. But it’ll go better if you try to connect with them than if you keep your distance. If you want resilient teams that roll with change and take challenges in stride, one way to help them do that is to make sure their questions are answered and their concerns addressed.

Read More »
PrevPreviousTechnical Presentations: Slides That Don’t Cut It
NextWhat Does It Take to be a Change Leader?Next