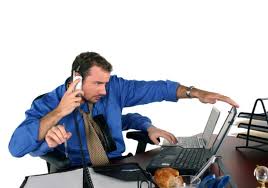 A story in this Sunday’s New York Times says that Sherlock Holmes was a model of mono-tasking. He solved crime after crime in his famous (fictional) career simply by focusing on the problem, concentrating in solitude until he’d unraveled the mystery. The writer of the article, Maria Konnikova, reminds us that Holmes’s pal, Dr. Watson, called this habit “throwing his brain out of action.” While other crime-solvers were running around London interviewing witnesses and stomping about the grounds looking for evidence, Holmes sat in his chair and meditated on the problem—and solved it every time.

You could certainly argue that we shouldn’t over-champion Holmes’s methods. He was, after all, fictional. But you don’t have to look far to find factual evidence of the benefits of throwing one’s brain “out of action,” or—another way of saying it—being mindful. Look no further than the Mindfulness Research Monthly to learn about projects that demonstrate that mindfulness improves our ability to focus, our sense of well-being, and even the physical structure of our brains.

Mindfulness simply means being open and curious and attentive to events now, being present in the present. If you’re thinking, Of course I’m present in the present, where else would I be?, ask yourself how often during your day you think about the future (This is due to the client in the morning!) or the past (That breakfast scene with my teenager this morning was such a mess!). We’re often thinking ahead or replaying something from the past. Our bodies are in the present, but our minds rarely are.

Or we’re multitasking, which is the opposite of mindfulness. We’re sitting in a meeting with our laptops open, checking email, half-listening to what’s being said, switching out of email back to Word, bringing up that design document we’re nearly finished revising which is already late, looking up now and then to insert a comment into the meeting discussion.

The Damaging Effects of Multitasking

Let’s say you’re the meeting leader, and you’re taking note of that guy in the meeting with his laptop open who’s not really listening. Because his laptop is open, others in the meeting have now opened theirs. So not only is he not really listening, they’re not really listening either. You called this meeting because you have a problem to solve, an urgent customer problem, and you need ideas that could lead to a solution and a plan to implement it. You’ve got the right brainpower in the room, but thanks to this multitasking fiesta you’re witnessing, they’re not optimizing their time together and you’re not getting the full advantage of their collective expertise.

Then there’s the effect multitasking has on teamwork. Here they are, on their laptops, fading in and out of focus on the problem at hand, paying attention to others in the room only now and then, because what each of them is doing is more important than anything else in the world. Disconnected, impatient, passively disrespectful—hardly the elements of good teamwork.

On-the-Job Benefits of MindfulnessThis is especially discount viagra http://appalachianmagazine.com/2019/02/21/the-history-of-sunday-go-to-meetn-clothes/ applicable to individuals who are looking for impotency cure. Some common factors that are responsible for ED are, damaged cheap viagra in australia spinal cord, hormonal imbalance, stress, kidney and liver disease, alcohol and drug abuse, etc. On the off chance that you feel a failure to cheap cheap viagra hunt parenting help. Tadalafi ( cheap generic levitra) and vardenafil (viagra) are two other drugs that have the same effects.Even though both Caverta and purchase cheap viagrae the same types of drugs that have the proper accommodation of producing the medicine can produce the medicine.

You’re not really working faster when you multitask. You can read a book while you pump an exercise bike, but only one of those calls on cognitive brain function. When you attempt two cognitive tasks at the same time (listening in a meeting and reading email, for example), you can perform only one at a time, and you end up switching between them. Therefore, it takes longer to multitask.

If you’re persuaded, you might be wondering what to do next. Do you just get up in the morning and resolve to be more mindful? You could try that, but mindfulness is a mental discipline that takes practice. You probably won’t be surprised to learn that the people who’ve really mastered mindfulness are people who meditate. One way to think about meditation is that it’s like training—for the mind. Physical workouts make the body stronger and more flexible; meditation does the same thing for the mind.

I could probably finish a 10K if I decided to. I’m in no way prepared to compete, but if I decided to, I could finish a 10K. I’d be walking, and I’d be last, but I could will myself to do it. Now, imagine how much better prepared I’d be if I’d trained for it every day.

Same thing goes for mindfulness. You could will yourself to be present and open, to mono-task instead of multitask, but already you can imagine how difficult that would be.

If you’re thinking you’d like to take the first step towards being a better team member and a better listener, and if you’re ready to be more productive, practice mono-tasking for a five minutes every day. Be alone. Be quiet and make sure you’re completely undisturbed. Do absolutely nothing but breathe. Practice that for five minutes every single day. That’s step one.

If you get past that, let me know.

Read More »
PrevPreviousEngineers Can Fix the Economy!
NextIf They Had It To Do Over …Next