“My Idea is Way Better Than Yours!” Egos in Action 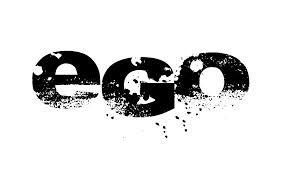 A leading electronics company suffered a setback when a systems engineer was pushing his own ideas hard, all the while belittling the ideas of others. It was clear to everyone he thought highly of his own ideas and expertise and not much of everyone else’s. The irony is that his approach for developing an important new product was actually great but ended up rejected because he alienated the rest of the team.

The approach they chose instead didn’t end up working, and eventually the self-impressed engineer’s original design was implemented. Had this engineer controlled his ego and been a team player, the company would have proceeded with the better idea first—saving both time and money.

Too often as I work with customers, I hear about and see engineers, managers and executives who are killing motivation and morale because they’re putting themselves at centerstage, making sure they’re noticed / admired / listened-to, usually at the expense of others. They, themselves, are not listening to and supporting others for the benefit of their business.

Sure, we all let our self-serving interests get in the way of progress at times, but when it’s out of control, it becomes a serious business problem.

Why does anyone in a group of well-educated, proficient professionals feel the need to prove they’re superior, that they’re more intelligent and capable than others?

One driver of this behavior is that technical professionals are usually subject matter experts. In fact, subject matter expertise is highly prized, a value shared by everyone in the profession. So demonstrating expertise is natural. Keeping up with technological advancements, learning new technical skills, and putting that skill into practice drive innovation. Exceptional proficiency leads to career advancement.

Taken to an extreme, though, demonstrating subject matter expertise can get out of hand. When co-workers get a whiff of technical superiority—for example when they hear things from a coworker that suggest “I’m better than you,” “I’m smarter than you,” or “my idea is better than yours,” it’s a turn-off. They stop listening.

Another reason people feel the need to prove they really know their stuff is that American business encourages competition between coworkers. Management rewards people for individual performance, not how well the team thinks together. This creates an environment that’s more competitive than collaborative. Not standing out as superior can limit one’s opportunities for advancement and financial reward. Self-centered actions are somewhat inevitable given the pressures of a competitive environment. We’re constantly comparing ourselves to others, and some of us think it’s important that we out-do everyone else. This inhibits the performance of a work group—even when teamwork is great—because the reward system, based on individual performance, is a destructive underlying force.

We can catch ourselves being overly focused on how we, ourselves, are doing and whether anyone is noticing how smart, great, or right we are. When we do catch that starting to come up, something we can do is switch gears and substitute empathy for self-importance. Shift the attitude from “listen to me,” and instead pay attention to what others are saying. Seek to understand their point of view, and offer support. An interesting thing happens: people become supportive when they feel they are being supported.

Turn-offs have the opposite effect. When someone says, “my idea is the best and we should do it my way,” that idea is likely to meet with resistance.

When Someone Else is the Problem

Controlling our own behavior is easier than dealing with anyone who has an inflated ego because we can’t control them. We can, however, influence their behavior. Try these methods in situations when someone is inappropriately pushing their idea or agenda because it’s theirs.

Acknowledge – When someone’s ego has kicked into gear, he is looking for attention and affirmation. So give it to him. If you let him know what he’s communicating is valuable, he won’t need to seek attention. You’re not feeding his ego. You’re paying attention to what he is saying. Even if you find it annoying, don’t focus on that. Instead, acknowledge the value of his viewpoint.

Emphasize “Us” – Try to eliminate “me” and “you” from conversation and make it about “us.” Use language like “we could benefit from…” rather than “I think…” When you make the conversation about your organization rather than your ideas, others will follow.

Patience and Persistence – It may take time for someone to tone down self-centered actions, and they may never do so. Just keep listening, acknowledging, and challenging. Don’t ignore the situation if it’s truly problematic, but take a break from it if you find you’re getting frustrated. Then resume after cooling off.

These methods can work with anyone—even an intimidating manager or executive. When challenging someone to consider an alternate view, just be careful not to imply that their idea is bad. I know it’s tempting to do so when that person has been telling others their ideas stink!