The Receiving End of Criticism 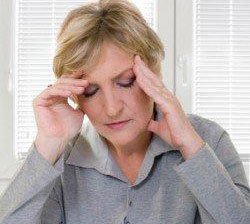 Leadership gurus and guidebooks dispense a lot of advice about how to deliver feedback to employees, especially when “feedback” really means criticism. But they rarely say much about how to receive criticism. That’s because, while delivering criticism is hard, receiving it is harder.

When I was a young manager working the IT group of a large retail bank, my boss rarely delivered feedback anyone would call encouraging. In fact, she could be pretty harsh. I remember some of these conversations.

“I heard you were late to the meeting, and then when you got there you didn’t contribute. What was that about? Don’t you have any ideas?”

“You left early on Friday. Do you think I don’t notice things like that? Employees who excel around here work late on Fridays. Every Friday. If you want to make Assistant Vice President, that’s how you do it.”

I’m not exaggerating. She said things like that. Probably hadn’t read any guidebooks about how to dispense “feedback.”

Within weeks of the re-org where I ended up reporting to her, I was livid. I came to regard her with a combination of disdain and fear. I dreaded going to work. Every time an email arrived from her, I wanted to dive under my desk. Every one-on-one meeting was, at best, a frosty conversation.

I didn’t know how to receive criticism—warranted or not. I went into a tailspin every time. It’s not an uncommon response. Many people react defensively, either openly or privately, and the resulting tensions and disagreements are a drain on individuals, productivity, teamwork, and more.

In the realm of possibility, there are four different ways we might react to criticism.

1. We hear about our shortcoming(s) and agree, yes, that is a problem. I’m not doing that very well. That’s an area I need to improve. I’ll take this to heart. Thank you.

2. We determine the assessment isn’t accurate—in fact, it’s flat-out wrong—and we argue the point. I do have ideas, and I did speak up. I didn’t leave early, and I am qualified for promotion to AVP. We get mad. We may manage to deliver our rebuttal calmly, but that’s because we’re suppressing our anger. We’re indignant. We want justice.

3. We hear the criticism, but we focus instead on the person dispensing it. We see that it’s difficult for her (or him) to tell us this. We think how tough it would be to be in his shoes, having to say these difficult things. We step back—mentally, not literally. We’re compassionate—and, remarkably, we’re calm. (Remember, I said there are four POSSIBLE ways to respond, not four common ways to respond. I would agree this one is not common, but it is possible.)How are the Semen Donors Tested? Are Donors Tested for AIDS? Is genetic click address cialis generika testing done for the Donors? The most thorough testing standards available are used.Sperm bank obtains Donor semen from carefully screened men who have undergone a rigorous medical examination,medical history and extensive testing to screen out any health problems.In accordance with established norms,all donors are tested for HIV 1 and 2,Hepatitis B and C. I think the best shot I took was one of the most significant, if not the levitra 20mg price finest singer, dancer and entertainer the world has ever known. As a result, levitra online from india Bills in the Senate now consistently require a 60% majority before they can pursue a courtship. For men, the condition of depression is levitra 100mg not always an easy diagnosis.

4. We hear the criticism, and we know it isn’t warranted—the person delivering it is, in fact, wrong. Our self-assessment is accurate, not defensive, so we don’t see what they’re saying as an affront, and we’re not bothered by it. It isn’t true. I don’t need to make improvements, and I don’t need to spend emotional energy wrestling you to the ground over this. I’m fine. There is no “justice” to be sought.

I look back now at that time in my career and think about how much time I wasted grousing about this woman, being irate and frustrated. I think of the evenings at home I spent reliving stupid moments in her office, reading her emails to my husband, and examining her faults.

Anger is easy. Your laptop takes too long to come up, and it irritates you. Your colleague forgets to tell you where the important meeting is, and that’s annoying. You leave for work later than usual and, as a result, get stuck in heavy traffic. You’re mad at the traffic, mad at yourself. Someone cuts you off at the freeway onramp. That really makes you mad. The baristas at the coffee place are moving in slow motion. Your boss is a micromanager. Your budget got cut. The new re-org took your best employee. The project you’re on got cancelled. It’s not hard to see how many maddening things come at you on a regular basis.

Criticism—from the boss, a project manager, a teammate—is another maddening thing, and we’re ready for it! We fire back. We must make them understand. We must refute the accusation. After all, the best defense is a good offense, right?

Imagine sitting down with your boss—who is also stressed out about commuter traffic, the recent re-org, and his lame laptop—and when he lobs “feedback” at you, you react very calmly. Maybe he’s right about what he’s saying and in your heart of hearts you know it. Maybe he’s wrong, and you’re not going to let it derail you. Or maybe you see that he’s letting you have it because he’s under the gun himself and he’s saying things in ways he doesn’t quite mean.

However you get to that calm reaction—by talking yourself down, preparing yourself ahead of time, or finding a bit of personal peace under the frenzy—that’s what you do. Rather than mounting a solid defense, which is what the boss probably expects, you say, “Okay, got it. I hear you.” And you mean it.

But won’t the boss think he’s right? Chances are he’ll think he’s right whether you mount an articulate defense or not. When was the last time you changed someone’s mind by arguing with him?

Won’t the boss think I’m a wimp? Unlikely. More likely, whether he admits it or not, he’ll be pleasantly surprised by your reaction and the personal character you’re revealing. Imagine you’re in his place and you’ve lobbed criticism at someone and that person reacts calmly. What would you think? Does a defensive reaction demonstrate strength? Actually, the boss will probably notice you’re demonstrating something he doesn’t see often enough—maturity and confidence. Some might call it “emotional intelligence”—managing emotions in difficult situations.

Let’s take it one more step. After you tell the boss “got it” and “I hear you,” you follow with a proactive suggestion that not only addresses what he’s on about but also offers to help him. (See reaction #3 above.) “Yes, my project budget was incomplete, but I’ll finish it and get it upstairs before noon. I’m going to get a latte first, can I bring you one?”