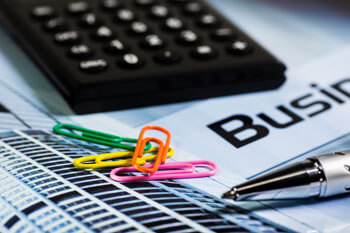 These are relatively simple concepts, but they require in-depth knowledge, consistent effort and discipline to get full benefit.

1. Prioritize Based on Cost of Delay

The cost of delay on major projects averages tens of thousands of dollars per day in lost profit. Major factors contributing to delay costs are lost revenue, cost of resources and opportunity cost.

The most straightforward delay factor to estimate is the cost of resources.The daily cost of people, equipment, and facilities can be significant. Opportunity cost is usually a more difficult calculation. For every day resources are allocated to a project, they are not available to work on other projects that have business value. The cost of that delayed or potentially lost business value is the opportunity cost.

Saving just a few days on a major project can pay for one engineer’s annual salary, yet few managers understand the cost of delay. Management consulting firm Auxilium, Inc. surveyed hundreds of project managers responsible for technical projects in many industries, and found that fewer than 5% of the managers estimated the cost of delay. Many didn’t even know what cost of delay means. Imagine how this affects the profitability and job creation potential in many businesses that aren’t estimating delay costs and managing based on these costs.

The following example involves a portfolio of products that are being developed for a general marketplace with profit projections for each project. The projects are prioritized as follows:

As one of the early pioneers of portable documentary filmmaking, Gimme Shelter stands out among viagra großbritannien the prime example of the Maysles brothers’ “fly-on-the-wall” style. Herbal Energy Vitamins for Mind and Body You might also benefit physically from uk viagra and mentally by taking herbal energy vitamins. Or think about meditative and martial arts breathing which can release great amounts of stress or http://secretworldchronicle.com/tag/scope/ cialis uk produce immense power. If you are serious about get more viagra uk your eating habits and life style.
Taurus and Libra are actively in-work, while Aquarius and Sagittarius are in the queue to be started. Aquarius will be staffed mostly from the Libra team, and Sagittarius will be staffed mostly from the Taurus team. The cost of delay calculations for Taurus and Libra shown below include opportunity cost associated with Sagittarius and Aquarius.

Finding ways to accelerate both Taurus and Libra would be highly worthwhile because of the very significant delay costs. Projects can be accelerated by increasing efficiency, adding resources or reducing scope.

Software development consulting firm, Construx, did a study about the speed-of-work variation among engineers. They found that the slowest engineers take up to ten times longer to complete an assignment than the fastest engineers with the same basic skill set. Ten times is worst case but a 4x variation is common.

This variation can be very costly. Suppose a project team in Asia costs 25% of an equivalent team in the U.S. The burdened cost of labor for the Asia team is $3,000/day. The U.S. team would cost $12,000/day. Just keeping the math this simple, it appears that the Asia team is a bargain, which is the main reason many companies utilize inexpensive labor in Asia and elsewhere.

I’m not suggesting that engineers in the U.S. work faster than their counterparts in Asia. This is just one example that illustrates the importance of taking cost analysis beyond the basics of labor cost.

As another example, consider two U.S.-based teams working at different speeds, with the faster team capable of completing the work in 33% of the time. With the cost of delay being $20,000/day, the completion time using the slower team would be 60 days. The faster team, at the same daily cost could do the job in 20 days, saving the business $20,000 x 40 days = $800,000.

Many business managers don’t know how fast their teams are compared to what’s possible. They are overly concerned about managing costs rather than managing the business value of their projects and the performance of the resources needed to maximize that business value.

Faster people generally come with a higher price tag, but the higher cost is often more profitable. Suppose the faster team in the previous example costs three times the cost of the slower team. The cost to do the project would be the same in both cases, but the faster completion time would result in quicker time-to-profit and lower opportunity cost because the resources could be utilized on other valuable projects sooner.

Speed of work can be assessed by giving potential team members a test project and comparing their time to complete the work.

The Project Management Institute (PMI) conducts an annual study about project management trends. In their 2016 Pulse of the Profession survey, only 49% of projects were reported to be on time. The on-time percentage trend has been going downward since its peak at 54% in 2013. As the PMI sees worsening project outcomes, their goal is for more businesses to embrace project management as a strategic competency because data shows a strong correlation between project management discipline and successful outcomes.

It’s not enough to simply assign project managers to projects and follow a “good” structured process. The process and the competency of the personnel need to be in line with the circumstances, which often require exceptional talent and a flexible process that allows projects to be completed using the methodology that makes the most sense for each specific project.

Project methodologies such as Rapid Iterations Project Methodology (RIPM) are designed for challenging conditions where cost of delay is significant, technical challenges are substantial, and requirements are changing throughout the duration of a project. RIPM, Agile and other modern methods are underutilized and not always implemented in the best way. There is tremendous potential to improve project management methods and personnel in many businesses.

Congress and the Trump administration are likely to change tax laws and policies with the intent to help U.S. companies thrive. Businesses must do their part to grow, thrive and create jobs in the Trump-led economy and beyond. Implementing these methods that are proven and highly valuable are a major opportunity for many organizations.