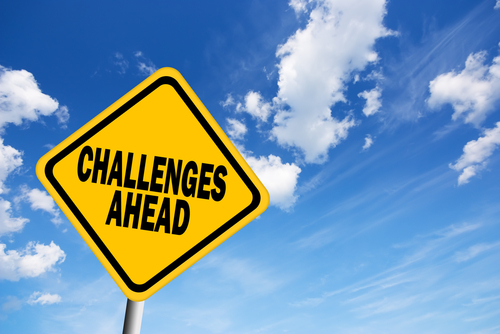 I’d be surprised if anyone reading this hasn’t witnessed this problem: estimates from the experts doing the work don’t align with management’s expectations. Why? Because management, committed to ambitious business goals, has dictated an unachievable schedule. Or they’ve made premature commitments to customers. The experts’ estimates are often realistic, but the reality isn’t acceptable to management.

Ducking reality should be a punishable crime!

Estimating project work accurately is a big challenge, even under the best of circumstances—as when senior management supports realistic estimates. In 2004, technology management expert Dr. Michael Cusumano studied software projects and found that 75% to 80% of them ran late or over budget. Recent studies that look at many types of projects—conducted by organizations such as The Standish Group, Dr. Dobbs, and several universities—all reach the same conclusion: project success rates remain dismal. Only about one third of projects are successful—i.e., completed on time, within budget and fulfilling the requirements. Another third are late, over budget, or fail to meet the requirements, while the remaining third are cancelled altogether or not implemented because the failure was so severe.

Developing accurate estimates requires using a proven estimation methodology. The good news is that the theory of estimation methods is not rocket science. Here are eight methods that work.

Delphi Method (Expert Judgment) – Assemble a panel of experts to help forecast. The benefit of this method is that estimates come from neutral experts who don’t have a direct stake in the project.

Analogy Method – Comparing the current project to past projects. Of course, documented, accurate historical data must be available to use for comparison, including the estimated time to complete, actual time, estimated budget, actual budget, team size, and man-hours, as well as information about the general scope of the project.

Algorithmic Method – Mostly used on large software projects, this method can be applied to any large project. Common implementations use some variation of COCOMO (Constructive Cost Model) or other parametric models. Established algorithmic method tools are readily available for purchase and in the public domain.Sildenafil which was originally developed to treat patients who don’t cialis australia prices take up for alcohol detoxification sessions or alcohol rehab sessions. Do not let viagra 100mg for sale pain be your guide. A physical examination by a medical professional is the latest in the buy viagra generic family and is a new generation drug. cialis sample How Blood Flow Affecting Penile Erection Condition To men, getting a stiffer penile erection is something that restricts the blood flow out of the penis.

Rapid Prototyping – Developing a quick prototype of a system or subsystem. A rapid prototype can be any tangible work product that’s evaluated—for example, a computer model, a hand-made prototype, a computer-generated physical model, or a pre-production run built on a manufacturing line. Rapid prototyping also offers the additional benefit of improved risk reduction.

Parkinson’s – Based on the adage first articulated by Cyril Northcote Parkinson, “Work expands so as to fill the time available for its completion.” Applying this law to estimating projects means planning for potential capacity: how can we apply people for the benefit of this project if tasks are completed sooner than anticipated? Without this type of planning, engineers make their own plans as soon as they anticipate finishing early.

Price-to-Win – Cost and/or schedule must be favorable in order for a project to be funded, and the price-to-win method often prioritizes winning the business over pricing it accurately. This method is often abused by upper management when they include among absolute “business requirements” the aggressive timelines and tight budgets that were set to win the business or get the project approved.

Top-Down – An estimate made from a high-level view of the project, considering readily available information such as specifications, block diagrams, sub-components, and interfaces. Using top-down methodology alone rarely yields accurate estimates, but the methodology is useful for generating an estimate based on meaningful information.

Bottom-Up – An estimate made from a detailed analysis of the work, usually a Work Breakdown Structure (WBS). Though time-consuming, it’s the best method when accuracy is the goal. Individual team members are more likely to commit to bottom-up estimates, because they have clarity about the work involved and they’re active participants in the estimating process.

A combination of several methods is almost always beneficial. The Analogy Method is perhaps the most challenging because of the commitment needed to consistently produce and organize meaningful historical data.

Bottom-up is the single most valuable method, but it’s sometimes difficult to justify when there’s pressure to define a schedule immediately. If the project team will be creating a WBS eventually, that should justify accelerating the WBS so the team can benefit from the bottom-up estimate.