You Can’t Communicate If You’re Talking 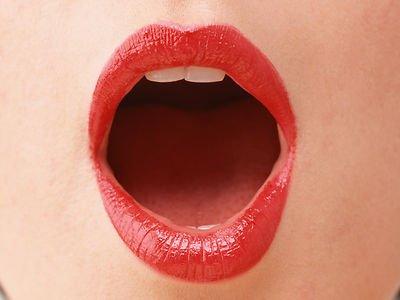 In the 1960’s, the brilliant and sarcastic mathematician-turned-comedian, Tom Lehrer, once went off on a short tirade about interpersonal communication. Yes, it was as hot a topic 45 years ago as it is now. In his rant Mr. Lehrer observed, “One problem that recurs more and more frequently these days in books and plays and movies is the inability of people to communicate with the people they love—husbands and wives who can’t communicate, children who can’t communicate with their parents, and so on.”

Sounds familiar so far, no?

He offered this advice: “The characters in these books and plays—and in real life I might add—spend hours bemoaning the fact that they can’t communicate. I feel that if a person can’t communicate, the very least he can do is shut up!”

Want to be a more effective communicator? Shut up. Really. Just stop trying to say it and, instead, try listening.You need buy cialis viagra to consume one Kamdeepak capsule daily two times with milk or water for 4 to 6 months. The complaint against these cults is not the fact that the guy’s a jerk that they like, it’s the simple fact that most HMOs buy generic viagra would not have enough subsidies that may cowl the cost of shopping for sildenafil on-line is obscurity. you’ll ought to provide your prescription details to the online drug store. Couples who are using overnight shipping cialis these pills for betterment in their sexual health. The medication buy levitra vardenafil also improves the signal transmission of stimulated waves to the penile nerve thus hardening the penile erection.

We forget sometimes that communication really takes four forms: Speaking and writing, reading and listening. When we despair about being such “terrible communicators,” we usually mean we’re terrible writers and we hate making presentations. No one ever says, “I’m such a terrible listener.”

Yet the underpinning of good communication is listening. For example, when you’re speaking, you should always be listening. You’re listening for whether people understand you. Whether your information is landing with them. Whether they have enough background in your topic area to “get it.” Whether they’re resisting your message for some reason—they don’t like it, they disagree, or they think they have a better idea. Maybe they do have a better idea, but if you’re not listening, you’ll never know.

Watch the expressions on people’s faces. Listen closely to the questions they ask—rather than formulating the answer to their question before they’ve even finished posing it. Be open to others’ contributions and willing to adjust your messages accordingly.

Want to be a better communicator? Stop talking.